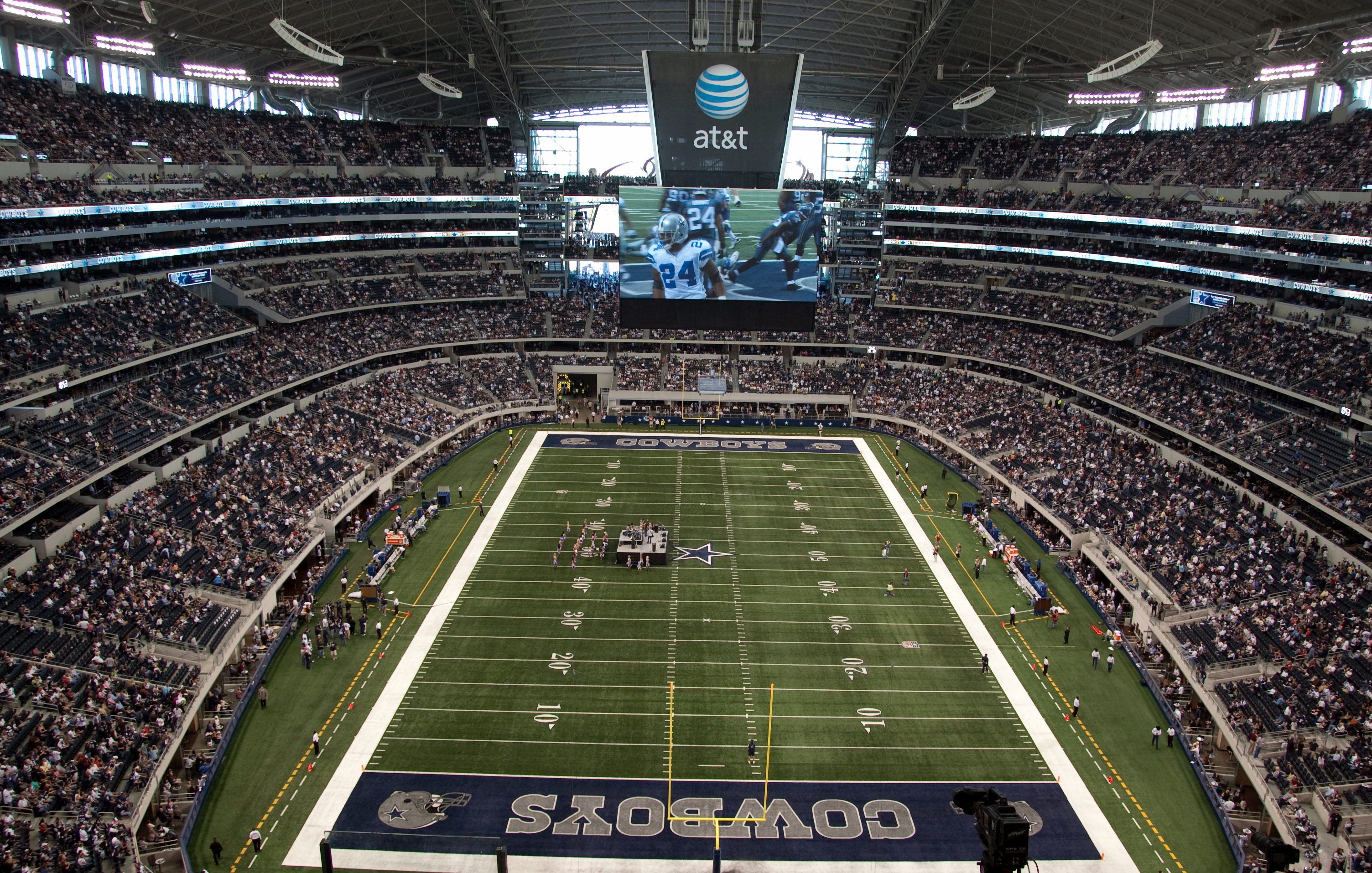 IN 2009, The NFL’s Dallas Cowboys played their first game in Cowboys Stadium[ref]It is now referred to as AT&T Stadium, as AT&T bought the naming rights. To avoid confusion, I’ll use Cowboys Stadium for the rest of the post.[/ref], a venue with an exorbitant price-tag of $1.15 billion dollars. Concerned with lagging ticket sales–the Cowboys, despite their enormous popularity, ranked an average of 25th out of 32 teams in ticket attendance from 2005-2008[ref]Per ESPN’s Team History.[/ref]–Jerry Jones[ref]The owner of the Cowboys.[/ref] knew he needed a radical shakeup to get fans to uproot their routines and attend an event that could just as easily be enjoyed in the comfort of their own home for a tiny fraction of the cost.

Classical musicians: does this sound familiar?

As I’ve discussed previously, classical music has major ticket sales problems. With the advent of Pandora, YouTube, Spotify, and now Apple Music, accessing music is easier than ever. It is incredibly unclear in the mind of the public why attending a live concert is inherently more valuable than listening to a YouTube recording.

When Jerry Jones demolished the old home of the Cowboys[ref]Known as Texas Stadium.[/ref] for what ESPN’s Stephen A. Smith often calls “a billion dollar play-pen“, he was facing similar problems. With the rise in hi-def television, stadiums across the country had been struggling with fan attendance. Football games were simply a more pleasant experience to consume at home: you didn’t have to find a parking spot, you didn’t have to deal with post-game traffic, you had excellent color commentary, and you could get up and use the bathroom whenever you wanted and not have a fear of waiting in line.

Since the opening of AT&T Cowboys Stadium in 2009, the Cowboys have finished first in NFL ticket sales every single year. They currently lead the NFL again this year, with an average of 92,117 fans in attendance per game. In second place is the Green Bay Packers, with 78,378.

Skeptics might question that the team might have started winning a lot, driving excitement and ticket sales up. But the team actually finished 8-8 for three straight years from 2011-2014[ref]Ugh, don’t remind me.[/ref] and still led in ticket sales! Meanwhile, the Atlanta Falcons, a team sharing the NFL’s best record at 13-3 finished 13th in ticket sales, behind terribly performing teams like Washington (3-13!) and Cleveland (4-12).

So how did Jerry Jones get fans to come to a game despite a total lack of assurance that the product–the performance of the Dallas Cowboys–would be any good?

The answer is simpler than you’d think.

Jerry Jones saw the rise in technology and realized he needed to offer the fan something truly unique. Thus, with his new stadium, he made the entire football game an event from start to finish: 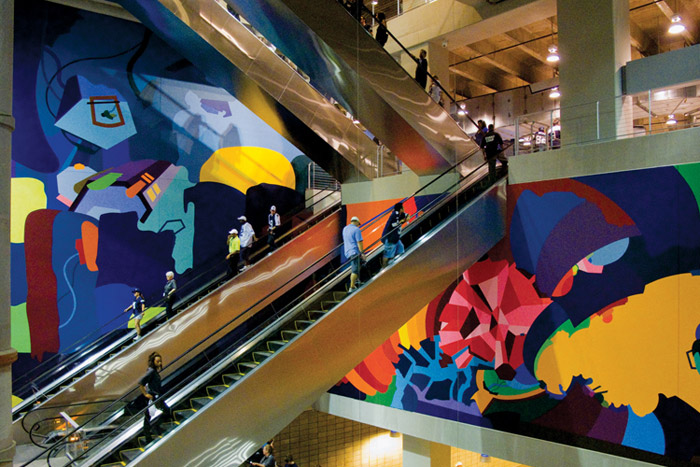 Moreover, there’s the illusion of accessibility for all. Want to pay big bucks and flaunt your wealth? Pay $20,000 for the Hall-of-Fame Suite, where you can fit 40 people for a business event. 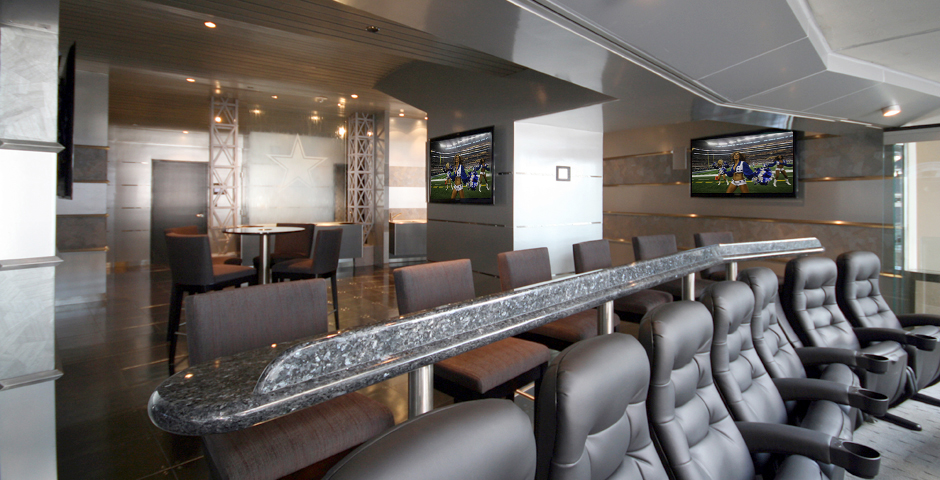 Want to pay a relatively modest amount (as low as $13 on StubHub) for a standing ticket? You can do that and stand in fenced areas at field level!

As far as the product goes, the way the stadium is structured has some fair criticism; since a lot of the country club environment doesn’t encourage a lot of cheering. The team has actually fared slightly better since 2010 on the road than in front of their home fans, rather unusual for a team in the NFL.[ref]They’re 22-23 at home and 23-21 on the road: Per data from Pro Football Focus.[/ref] But Jerry Jones is a businessman at heart; he cares just as much about his revenue generation as his team’s performance. Flatly, his ideas worked. Jerry Jones created a venue with attendance value that transcended its individual performances. With more people who might be indifferent to the Cowboys or even football attending games just to see the spectacle of Cowboys Stadium, some percentage of those people must become Cowboys fans, no?

Would everything that works for Cowboys Stadium work for Carnegie Hall and other classically oriented venues? Probably not. But we’d be foolish to not invest much more heavily in the classical-music fan experience. American football is its own art; an 11v11 constant chess match with many more complex moving parts and variables than arguably any other sport. But it’s also exceptionally boring at times: some games are so lopsided that they’re over in the first quarter.[ref]See the Broncos-Seahawks 2014 Super Bowl[/ref] Other games feature incredibly low scoring or excessive penalties called that slow down the action and confuse the viewer.

Likewise, it’s easy to get bored at 90% of classical music concerts. Not every moment is powerful musically. A lot of times it’s unclear to a layperson how to distinguish between when a performance is good and when it’s transcendent. Some pieces, great though they are, require significant education to appreciate properly. The question is, can we do something to make the fan feel as if they attended something worthwhile even when the product is poor? There is a reason that you can double the number of the people that come to your recital[ref]Arbitrary, but very real statistic.[/ref] if you promise food afterwards, even if it’s just snacks they could purchase themselves for 2.50 at the grocery store.

Of course, there are several things classical venues already do that are in the vein of some of the examples above. For instance, “premium” location ticket spots are differently priced. But what I want to draw attention to is that not enough people feel like they invest in an experience when they attend classical music. So much of urgency in the arts leans towards “educating” the consumer. But you don’t see the majority of resources in football geared towards educating! Other than some color commentary, American football stands alone.

We will always have people that come to concerts for sole appreciation of excellent performance, just as the NFL will always have football-junkies who revel in observing defensive schemes or tactical adjustments coaches make in games. But to really reach more people, we as classical musicians have to start thinking in terms of crafting an ultimate experience for our patrons.

Hell, maybe we should just hand out chicken waffle sandwiches. 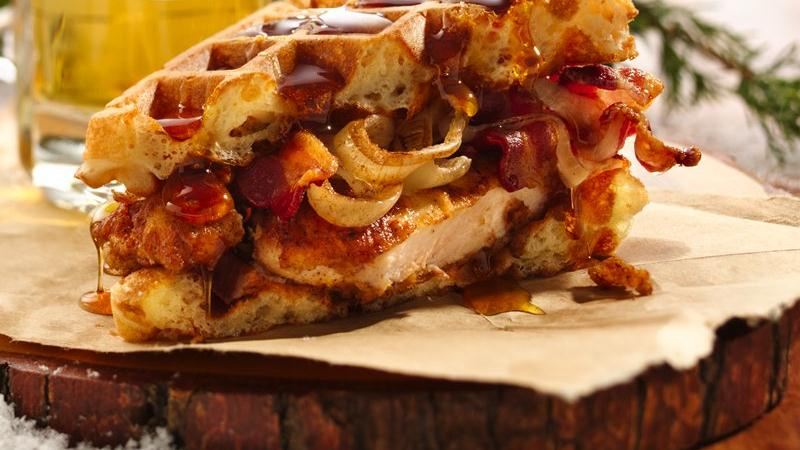