Drake, “Hotline Bling”, and A Masterclass on Going Viral

“I don’t really have a gimmick or a ‘thing.’ I’m one of the few artists who gets to be himself every day.”
Drake

MY FIRST ENCOUNTER WITH DRAKE could be summarized in a few words:

“Are you kidding me?”

I’ll take you back. Spring 2012: I’m wrapping up my second year as an undergraduate. I’m on a date[ref]As far as “hey, do you want to, uh, get coffee sometime? Or something?” dates go.[/ref] with a violinist in my year. I remember her making me a bit more nervous than I expected to be, and I reached that inevitable point in my conversations where I started babbling about anything that I thought could be interesting. Having ruled out World of Warcraft as a topic that would win her heart, our chat turned to how the internet has transformed youth culture:[ref]The conversation flow was actually more organic than it sounds! I didn’t go out with her again, but still.[/ref]

She-Who-Must-Not-Be-Named: Facebook can kind of suck you in. I try to stay away from it as much as possible, but it’s hard sometimes.
John: Oh, totally. It’s so crazy how people communicate on the internet, too!
SWMNBN: Yeah, I love how YOLO (You Only Live Once)[ref]Believe it or not, there are people privileged enough to be blissfully unaware of the YOLO phenomenon.[/ref] is the new thing now.
John: Yeah, that shit’s hilarious. Everyone says it now. How did that all start? Was that One Direction or something?
SWMNBN: Are you kidding me?
John: What?
SWMNBN: …………..
John: ???
(She spent the next 2-4 seconds gesticulating without actually speaking, but it was clear that I was about to be reprimanded)
SWMNBN: ONE DIRECTION?
John: Uh, Kanye? I honestly don’t know.
SWMNBN: Wow. It was DRAKE! The Motto!
John: Whose motto? And who’s Drake?
SWMNBN: *splashes coffee on my face* 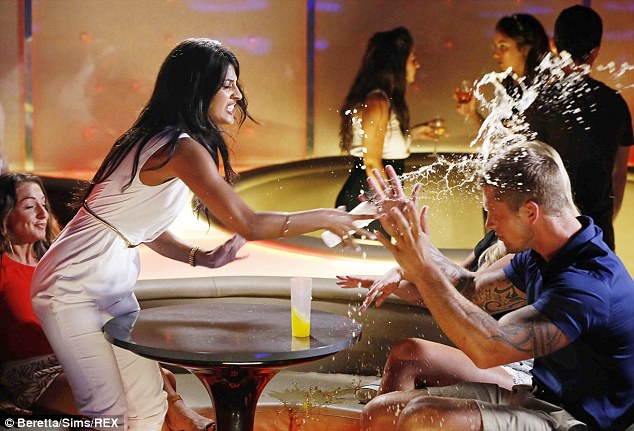 I’m kidding, she didn’t splash coffee on my face. But the interaction actually was that dramatic. I’m not sure I ever recovered, but then again, I’m not sure I really wanted to at that point. I didn’t exactly get “keeper material” vibes.

After that conversation, I didn’t want to have drinks metaphorically splashed in my face anymore, so I looked up The Motto, and I started a period of my life where I listened to a lot of Drake.[ref]I moved on after a few months. But I’ve definitely pumped Drake through my headphones while working on this post.[/ref] Turns out Drake is actually a wildly fascinating character that’s had an immense amount of influence on culture.

If you’re as clueless as I was about Drake and his Motto, here’s a brief primer.

After doing some acting on Degrassi, Drake’s first mega-hit single, Best I Ever Had dropped in 2009; this single was part of an album that debuted number one on Billboard and certified Platinum.[ref]Source for this section. Thanks Wikipedia![/ref] Somehow, his second album was even more successful, with numerous singles including The Motto, which had this particular lyric:

Now she want a photo
You already know though
You only live once, that’s the motto n—- YOLO

The song stands strong in its own right–it’s ridiculously catchy, Drake’s flow imbues his swagger into you, and his style makes you believe you can somehow be badass and suave at 6 AM when your alarm goes off.[ref]Ryan Higa shoutout![/ref] But a curious phenomenon happened: YOLO caught fire. Middle school boys spray painted property with it. High schoolers ran through the halls before graduation yelling it. Soon, YOLO became a caricature of itself, casually uttered in conversations in person and on the internet as a way to brush off stupid decisions. Eventually, YOLO circulated enough that Oxford added YOLO to its dictionary:

You only live once (expressing the view that one should make the most of the present moment without worrying about the future, and often used as a rationale for impulsive or reckless behavior):

I just ordered $40 worth of Chinese food. But YOLO, right?

YOLO was anything but a passing fad. Drake found a way to subliminally insert himself into the national and even international conversation. The press went crazy over YOLO: it was discussed so often in newspapers, morning news shows, and online think-pieces that it became a nominee for the annual Word of the Year.[ref]The word “Occupy” won instead.[/ref]

Bottom line: when we were talking about YOLO, Drake didn’t always come up. I’m living proof: I was quite familiar with the phrase but not who started it. But someone I talked to knew, and now I knew. Viral marketing at work.

“Why is Time magazine posting about a Drake music video?”[ref]http://www.rollingstone.com/music/news/director-x-on-making-drakes-dance-crazy-meme-ready-hotline-bling-20151023[/ref]
Director X

This Monday, Drake released a new music video on Apple Music for his new single, Hotline Bling. The video itself is… cool, I guess. The lighting is neat and Drake does some funny dancing. But I’m not sure it strikes me as a masterpiece.

But it didn’t have to be. Within 24 hours of its release, the Internet went crazy with spoofing the video and how ridiculous Drake looks dancing. This might be my personal favorite:

Those that understand that attention is the new currency will not be surprised when I tell you that Drake absolutely planned for this shit to happen. Let me break this down.

Drake has a clear persona of being relatable, on the softer side, and cool.[ref]The NBA’s Toronto Raptors, his hometown, appointed him as their team ambassador, having long abandoned the idea of acquiring fans via winning basketball games.[/ref] Others would say he’s too emotional and thin-skinned. He’s covered constantly by the press since his debut that thrust him into the public consciousness, who have analyzed his every move. Hell, shitty bloggers like me contribute to the Drake phenomenon by writing these think pieces about him.

Drake has proven to be incredibly self-aware of how he is perceived by the media. Check out this interview:

“There’s these GIFs about me, these stupid stereotypes people have of me as this overly emotional character that cries in his room every night,” says Drake. “There are jokes because of Degrassi, because I’m Canadian, because I make music for women. There are memes of guys crying to my music.” He scowls, then shrugs. “I love it. I heart those photos when I see them on Instagram.”

This was in 2014, a year before this video. The guy flatly doesn’t take himself that seriously. NPR(!) sums it up well, although a bit arrogantly: “it’s safe to say that Drake has become a master at capitalizing on his awkward, boastful, at times slightly petty and emotional persona.”

Drake is a master of the attention economy. He knows that it is not the quality of the attention that is important in today’s age, but the quantity. Drake, self-aware as he is, has captured his brand of “just like me” and “awkward, sensitive dude” and brandishes it shamelessly. Look at him dancing. There is a clear archetype Drake is embodying: someone who can’t dance trying to dance. The simplicity is beautiful in how relatable it is across cultures. Did Drake + Director X know that the Internet would make a video of him playing Wii Tennis? Probably not. But they knew the Internet would probably make fun of him.

So how did he know he was going to go Viral with a Capital V?

He did what he’s done his whole career. He said “you know what? I’m going to put myself and what makes me me out there. The dumber I look, the better.”

Drake’s authenticity and willingness to be made fun of sets him apart.

Fame happens most quickly to people when they’re willing to allow others to make fun of them. I’m not sure there’s such a thing as a universally beloved figure that’s constantly in the public eye. Taylor Swift is controversial. The Pope is controversial. As I’ve hinted to before, Donald Trump, master of controversy, has also mastered the attention economy. From being insistent on keeping his ridiculous hair that everyone mocks, making outrageous statements and being unapologetic for who he is, Trump has tapped into the same principle that has ignited the success of pop stars and socialites like Kim Kardashian: be outrageously yourself, and people will notice. Yes, a sizeable chunk will likely dislike you or even hate you. But what separates the successful from the unsuccessful is that they’re willing to be hated by millions to be loved by millions, while the unsuccessful allow the fear of disapproval to paralyze them. This doesn’t apply just to being famous:

So, what’s the formula to go viral? Honestly, just put something out there where you probably look stupid. Sometimes it’ll bomb. Honestly, it’ll always bomb to someone. But people share stuff when it bombs, too. In this world, the amateur can edit and filter their life to be picture perfect. But I get the feeling people are starting to realize this. The more I look at what trends in the social landscape, the more I feel like people really crave rawness, authenticity, and imperfection. Celebs now get the most retweets from posting unairbrushed photos of themselves. Taylor Swift’s massively successful Shake It Off video is a (somewhat subtle) montage of her looking like a dork with a bunch of other talented dancers. The most successful YouTubers thrive on just being themselves.[ref]Sneak shout to internet savant Drew Forde in that last link there.[/ref] Drake dances like, well, a normal person, and the Internet goes apeshit.

Drake didn’t try to be something he wasn’t. He didn’t try to put out an overproduced video where he looks like every other rapper being a badass with an infinite supply of money, women, and guns. He didn’t hire a dance coach so that he could put out some sexy dance moves.[ref]Looking at you, Justin Bieber.[/ref] He danced like your dad does, and it was refreshing. And made him a truckload of money while vaulting him into the national conversation yet again.

Hell, he singlehandedly doubled the sales of the $1,150 jacket he wore in the Hotline Bling video the day immediately after the video released.[ref]If someone could explain to me why anyone would feel good about themselves after purchasing a jacket that expensive that looks almost identical to what I see many of the homeless wearing in the winter, I’d appreciate that very much thanks.[/ref]

You may be asking, “Why does this matter to me? I’m not famous!” Oh, it does matter. It matters a lot. And I will be talking about why it’s important to understand the mechanisms of fame in due time.[ref]I tried, but it’s way way way too much for one post, so I decided to save the “#famouslivesmatter” post for another day.[/ref] But for now, take your guard down, and be a little more real. You might not get as famous as Drake, but only good things happen when you allow yourself to be vulnerable.[ref]Mark Manson alert![/ref]

After all, you only live once. 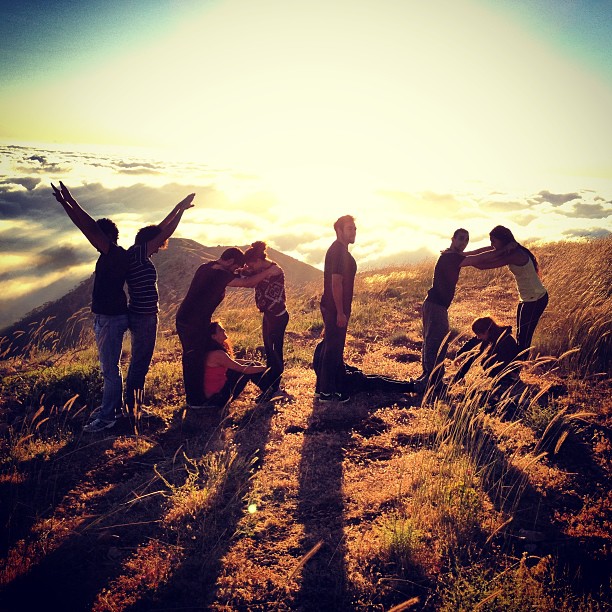