The Either/Or Myth of Success 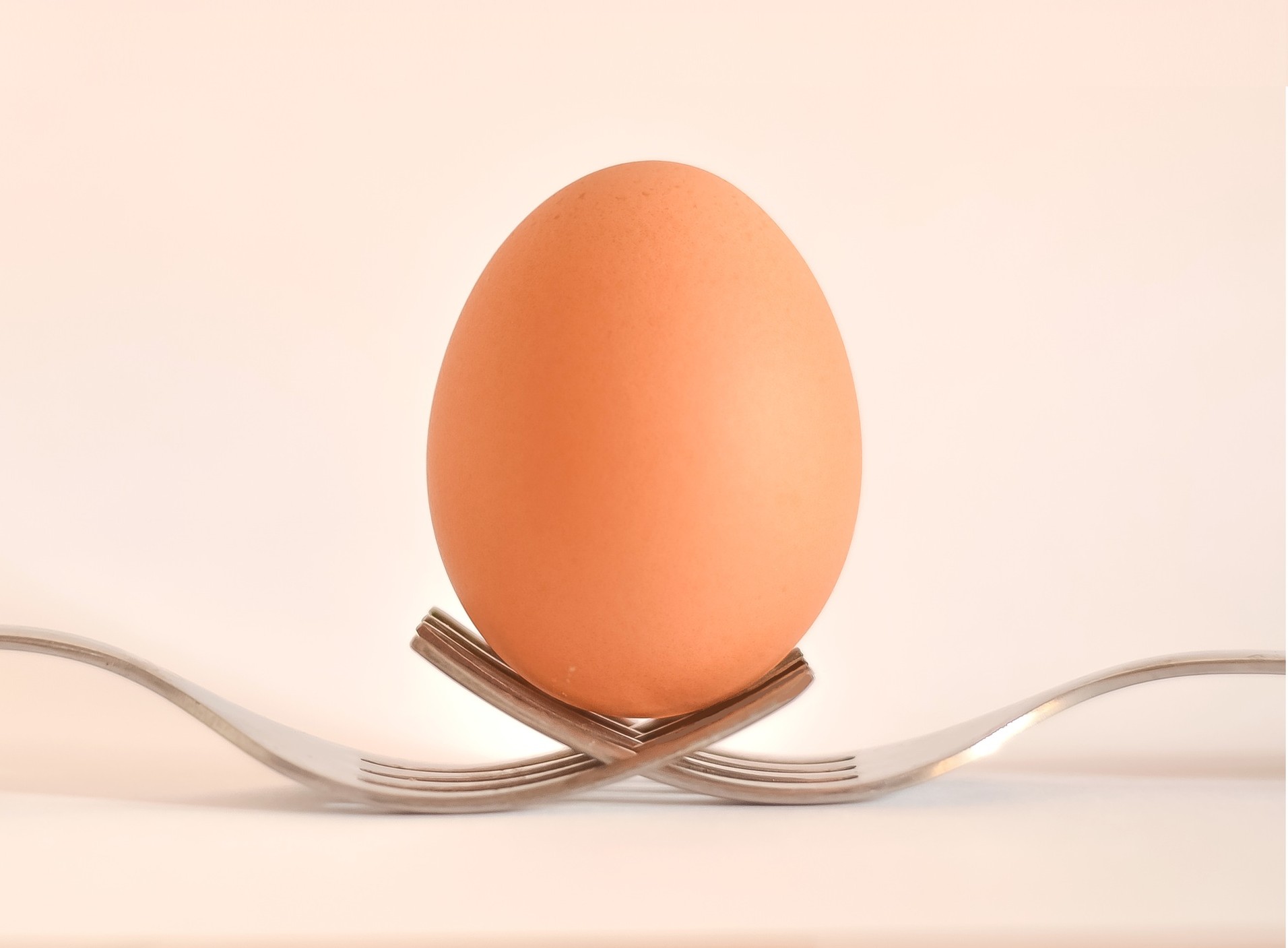 I AM RECEIVING MY MASTER OF MUSIC DEGREE in less than two months from today.

With an impending graduation on the horizon, you get quite a circuit of questions from friends, family, and the strangely chatty man on the subway. By far, the most asked question is the dreadful:

“So what are you going to do next year?”

Many, or at least a fair amount of my colleagues at Juilliard have the answer figured out–they have acceptance letters from schools like Yale or the Manhattan School of Music, or will soon be receiving acceptance letters for admittance into the doctoral program at Juilliard. As I mentioned in a previous post, some of my friends have jobs lined up already.

But for me, I’m borderline clueless. Sure, I have a lot of great things going for me–I enjoy blogging, I have strained my network to its limit in an attempt to find employment after school in the arts–but there’s nothing set.

In my many discussions about employment as a musician, one thing I’ve noticed in this field is that it’s tough in the arts and in a conservatory environment to branch out beyond the traditional musician career path[ref]However, this traditionalist-mindset has shifted to be more progressive in recent years.[/ref]–EITHER you play in orchestra/solo/teach, OR you failed and are unsuccessful.

It has always struck me as an awfully binary way of thinking.

In that vein, I found a gem of a book at the Strand bookstore here in New York yesterday about how humans make decisions (poorly), and I wanted to share it with you.

The book is Decisive: How To Make Better Choices in Life and Work. If it interests you, you can purchase it by clicking that text. 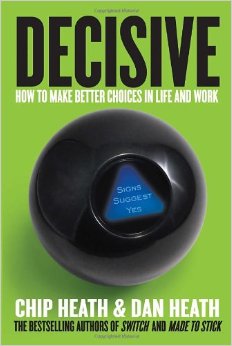 Steve Cole, the VP of research and development at HopeLab, a nonprofit that fights to improve kids’ health using technology, said, “Any time in life you’re tempted to think, ‘Should I do this OR that?’ instead, ask yourself, ‘Is there a way I can do this AND that?’ It’s surprisingly frequent that it’s feasible to do both things.”

For one major project, Cole and his team at HopeLab wanted to find a design partner, a firm that could help them design a portable device capable of measuring the amount of exercise that kids were getting, capable of doing the work. In a typical contracting situation, HopeLab would have solicited a proposal from each firm and then given the winner a giant contract.

But instead of choosing a winner, Cole ran a “horse race.” He shrank down the scope of the work so that it covered only the first step of the project, and then he hired five different firms to work on the first step of the project independently.[ref](To be clear, he wasn’t quintupling his budget–as a non-profit, HopeLab didn’t have unlimited resources. Cole knew that what he’d learn from the first round would make the later rounds more efficient.)[/ref]

With his horse race, Cole ensured that he’d have multiple design alternatives for the device. He could either pick his favorite or combine the best features of several. Then, in round two of the design, he could weed out any vendors who were unresponsive or ineffective.

Cole is fighting the first villain of decision making, narrow framing, which is the tendency to define our choices too narrowly and see them on binary terms.

We ask, “Should I break up with my partner or not?” instead of “What are the ways I can make the relationship better?”

We ask ourselves, “Should I buy a new car or not?” instead of “What’s the best way I can spend my money to make my family better off?”

In the introduction, when we asked the question “Should Shannon fire Clive or not?” we were stuck in a narrow frame. We spotlighted one alternative at the expense of all the others.

Cole, with his horse race, is breaking out of that trap. It wasn’t an obvious move; he had to fight for the concept internally. “At first, my colleagues thought I was insane. At the beginning, it costs some money and takes some time. But now everybody here does it. You get to meet lots of people. You get to know lots of different kinds of things about the industry. You get convergence on some issues, so you know they are right, and you also learn to appreciate what makes the firms different and special. None of this you can do if you’re just talking to one person. And when all of those five firms know that there are four other shops involved, they bring their best game.”

Notice the contrast with the pros-and-cons list approach. Cole could have tallied up the advantages and disadvantages of working with each vendor and then used that analysis to make a decision. But that would have reflected narrow framing. Implicitly, he would have been assuming that there was one vendor that was uniquely capable of crafting the perfect solution, and that he could identify that vendor on the brink of a proposal.

I find I often fall into the trap of seeing things in a binary role.

In feeling insecure, I project a sense of “successful or not successful” onto people and onto the world. But in reality, this is hardly the case.

Just like there were a spectrum of options for Cole and a possible design–pick one from the 5 companies, mix and match, pick none–success in the field of music exists on a spectrum, and we’re all, regardless of how employed we are or how excellent our resume is, just at different points on that spectrum, and the end point of the spectrum is a different places for different people.

Success could mean playing principal clarinet in the Cleveland Orchestra for somebody else, and success could mean getting my first book published for me. Or being a chef, or going into finance, or becoming a real-estate broker.