“What Single Insight Most Changed Your Life?” 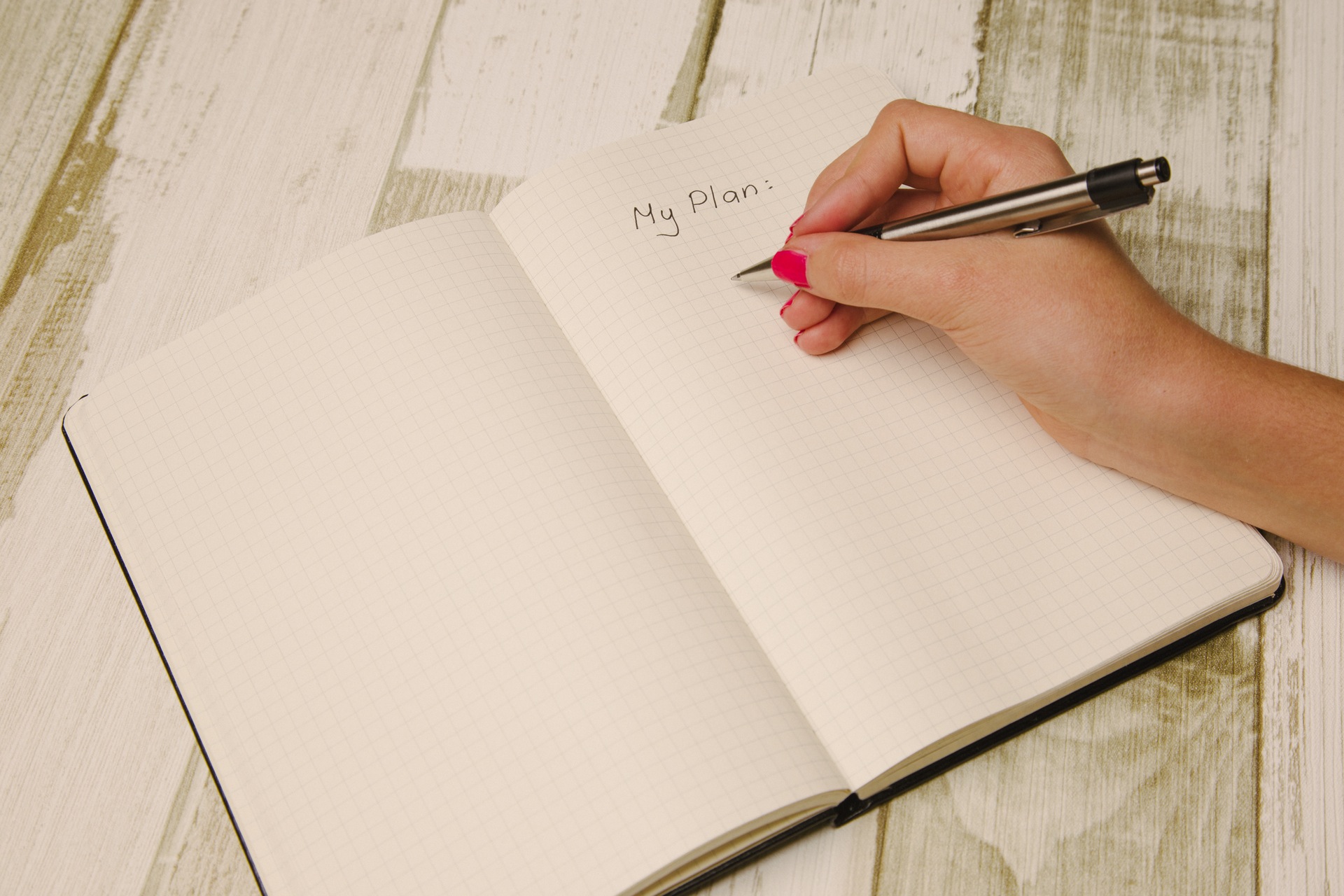 As I prepare for my final recital of my 20 year academic career (If you’re in New York, it’s April 15th, 6 PM, Morse Hall in The Juilliard School!) I’m away from the blog for a bit. But I found an incredible Quora post that hit home for me, especially as I’m at a time with a large amount of uncertainty in my life, and respond to “how are you?”s with “oh I’m okay I guess” with increasing frequency.

It’s about the length of other blogs I’ve written, and will hopefully provide value to you, too. I have a larger than necessary intrigue into the life of people in “traditional” fields of finance, office work/etc. I found this answer as something that could apply to the classical music world–I’d rather work with an “okay” player in a chamber group with a fantastic attitude than a fantastic player with a shitty attitude any day of the week. There’s so much unquantifiable stuff that comes with positivity, especially when you’re working with people over the long haul. Maybe you disagree! Would love to hear your thoughts in the comments.

The following is by a Quora user in response to the question: “What single insight most changed your life?”

In 1986 I met the man who would have the most impact on my life of anyone I have ever met. His name was Bill B. He was a salesman at our company, in fact, he was the number one salesman. He was six feet four, built like a hero and  had flaming red hair and green eyes. He always dressed professionally and never once did I see him with his tie loosened, no matter how late we were working on a proposal. The most he would do was roll up the sleeves of his crisp, white shirt. And everywhere he went he strode in like he owned the place. Everyone stepped out of his way and listened carefully to everything he said. And he was always smiling and friendly, to the president, to me and to the girl behind the counter serving Salisbury Steak in the company cafeteria. He had the best attitude of anyone I have ever met. When asked how he was doing, his answer was always the same — “I have never been better”.  And he meant it.

And then one day he received some horrible news about one of his children. After that, he was out of work for awhile, but when he returned he strode into the building with his briefcase in hand, his tie tight up against his neck and a huge smile on his face. I considered myself a close personal friend of his since we worked so closely together, but then, everyone wanted to be his friend. So out of concern I went to his office that morning and closed the door.

“How are you doing,” I asked, “How are you REALLY doing? Is there anything I can do for you? I mean it, anything, just ask.”

And he said to me with a grin, “You know, I’ve never been better,” and then he shucked his empty Dunkin Donuts coffee cup into the trash can across the room. I stood there silently for a second.

“How?” I said at last, “How can you possibly be that positive? How can it be that you’ve never been better?”

The smile faltered and slipped from his face. Then he leaned forward and pointed his finger at me. He was actually angry. I had never seen him angry. I just wanted to turn and run away. If I had made him my enemy I might as well give my notice and walk out right there.

“Now you listen to me,” he said softly and I held my breath, “You listen to me. You don’t know jack shit about me or my life. You only think you do. I am going to tell you something and you better goddam remember it. Your attitude sucks. I’m surprised they tolerate it here. I sure as hell wouldn’t. Your attitude is everything. It makes your life. You think things are bad? Well let me tell you something, pally, they could be a lot fucking worse. A lot worse. You’re standing there in your shirt and cheap tie and you’re pissed because you didn’t get your way in some meeting? Well get out there and start digging sewers and tell me how much that meeting meant today. And maybe after digging sewers you get laid off and find yourself living in one and eating from a dumpster. You don’t know shit. I’m telling you this, this one time, and I will never speak about it again ever, so you better listen up hard, buddy. When someone asks you how you are doing there is only ONE answer. That answer is ‘I’ve never been better.’ And you live your life as if it’s true because I am telling you this lead pipe truth — no matter how bad you think it is right now — it can ALWAYS be worse. Much worse. So wake up and change your attitude. Right fucking now.”

And then he leaned back in his chair and smiled as if nothing had happened. I stood there in dead silence. Huge moons of sweat had formed on my shirt under my armpits.

“I need more coffee,” he said happily, “I’m going for coffee. You want to come and keep me company? My treat! Sales always buys the fucking donuts!”

And we went to the Dunkin Donuts and got coffee in his new Jaguar. It was as if nothing had changed with him. Everything had changed with me.  I found I couldn’t do what he requested at my job. So I quit and went to another company. I was terrified. I had been at the old company for almost ten years. Moving to a new company was a huge change. When I walked into the reception area the receptionist smiled and asked me how I was doing.

“I’ve never been better,” I said with a huge smile on my face.

“Well that’s a great attitude,” she said, beaming, “You’ll fit right in here if you can keep that up!”

And so it went. I became the most chipper, upbeat person in the company. I was both the butt of jokes and the darling of the downtrodden. I didn’t realize it but I had moved to a company on the verge of disaster but as things got worse my attitude got noticed more and more. I was promoted quickly, despite knowing nothing about the technology. Layoffs came, then more layoffs and more. I made it through every single one despite being the junior guy. I asked my boss how this could be so.

“Well,” he said, “We were in a meeting where we were discussing who would be laid off this round. Your name always comes to the top. You’re green and have no time in service. You’re the logical choice. But when we discuss it, everyone decides you should stay. Your attitude is so positive that everyone wants you here. The president says he’d rather have one mediocre employee with a great attitude than five dour experts. Attitude sells. You don’t have to worry — you’ll be here after I’m gone, til they turn out the lights, if you want to be.”

And so it was. As things got worse, I got promoted faster. Within 18 months I was the senior man in the division. I became the point man for the company’s turnaround, which was impossible. And when things finally got worse, my old boss called me and offered me a job. I walked out that day.

As a result of that experience I came up with a list of three priorities every employee must have to be successful at work. I have written them up and pasted them on my wall in every company I have worked in since and many people have copied them.  I will put them here:

Having been in the business world a very long time I will tell you what your priorities are:

To your boss: your number one priority is to make your boss look good. I am not joking.

To your company: Your Number One priority is to increase revenue. Number Two is to improve profitability. These two priorities should guide all your thinking and actions.

To yourself: your number one priority is to always, without exception, maintain a positive attitude, positive self confidence and the appearance of success.

The third item is for your career and your life and no single thing you can do, no amount of education, no amount of expertise or knowledge is more important. An employee with average skills and a good attitude is worth more than 5 dour experts. As the pilots say, ‘your attitude determines your altitude’ and you must maintain a positive attitude at ALL COSTS and you WILL be successful, as day follows the night. You cannot fail.

Since then I have tried to apply those priorities. Where I have succeeded it has lead to great success. Where I have failed it has lead to failure and misery. Attitude is the number one determinant of your success in life. You must always portray a positive attitude, no matter what. Because it’s true — no matter how bad you think things are at this moment, they could ALWAYS BE WORSE. And your attitude determines how that is going to go.

If there were one single thing I could impart to anyone starting out, anyone at whatever point in their life it would be to always portray a positive attitude. It is the most powerful thing in the universe.

Thanks for reading. Let me know what you think in the comments below, or send me an email. I respond to everyone.