ON THE SURFACE, IT’S A FEEL-GOOD STORY: Dudamel’s project, the Youth Orchestra Los Angeles (YOLA), performed alongside pop giants Coldplay, Bruno Mars, and Beyoncé at Super Bowl 50’s halftime show. When the story broke a couple weeks before the big game, numerous outlets sung praises, proclaiming that it was a “touchdown” for classical music and the arts. My Facebook timeline saw share after share after share of this news report: indeed, for a youth orchestra to have a spot on television’s most watched event is a huge freaking deal.[ref]This year’s halftime show produced 111.9 million viewers. For comparison, the series finale of Breaking Bad produced 10.28 million viewers.[/ref]

You get the first shot of the orchestra playing rainbow colored instruments as Chris Martin runs onto the stage, and get a decent shot of Dudamel conducting. There was some cute choreography after that, with lots of jumping.

When I watched this last night, all I could think was:

“This is it? This is a touchdown for classical music? Not even sure this qualifies as a field goal.”[ref]Football jokes, haters gonna hate.[/ref]

What Happens When Style Trumps Substance

Last week, I warned of the triumph of style over substance, and indeed, that happened. Having kids with rainbow colored instruments perform as purely a backdrop for Chris Martin felt cheap–almost exploitative, with no content value. They seemed there mostly to just… be cute.

It was a sobering moment. But the more I thought about it, the more I realized that maybe an appearance at all was the victory.

Scores of music-loving kids able to have their faces on the most watched TV event of the year can’t be a net-negative for music. As The Washington Post points out,

“if the field is really eager to win over young audiences, this is the way to do it. As one girl put it in [a promotional video], other kids were now going to think taking part in YOLA was really cool.”

Maybe what this event did for me is crystallize the harsh truth of our genre: the more realistic approach for true reformation and revitalization of classical music is to infuse the youth culture (i.e. the future) with the aura that classical music is “cool” in the same way that greats like Michael Jordan, LeBron, and now Steph Curry have made basketball a cool sport.

And I think in that, the appearance certainly didn’t fail.

Indeed, kids will think that being invited to the Super Bowl is awesome. Young practitioners of marching band and orchestra will have a little extra “hey, I could still be on a Super Bowl half-time show one day” ammo to defend themselves against the “music is for nerds” crowd that I’m sure most of my readers are familiar with. Hell, Twitter was pretty happy with it.

Look, don’t get me wrong, I’m stoked for any kid to play and dance at an event this big. The show was a great experience for them, and I enjoyed seeing them on the big stage. But for classical music, their appearance didn’t feel like it moved the needle. All of the talk post-Super Bowl has been about Coldplay’s disappointing performance and Beyoncé’s racially empowered segment. Wouldn’t you think that a group of underprivileged kids playing at the biggest event of the year would have garnered at least a moderate amount of mainstream news coverage?

Really, I think most of my frustration comes from a point of dissatisfaction with the state of classical music today. In popular culture, it’s seen as this weird, stuffy, avoid-at-all-costs event.[ref]Explanation for this link: in Modern Family, one of the gags is that the parents of a cello-playing child avoid going to her performance at all costs, but are pleasantly surprised when they find out their kid plays in a rock band and not a classical group. Sigh.[/ref]As I mentioned last week, classical music concert attendance is at an all-time low, and nobody really knows what to do about our situation.

Principally, I worry about the perception that classical music is not sufficient as a standalone to generate hype and excitement among non-musicians culturally–classical music is universally cool as a backdrop to film (Star Wars), or as a comedic TV series (Mozart in the Jungle), or when underprivileged kids get to dance with Beyonce at the Super Bowl. But an orchestra concert by itself, great music by itself: it can’t be the attraction. It’s too boring. Too foreign. Too unintelligible. 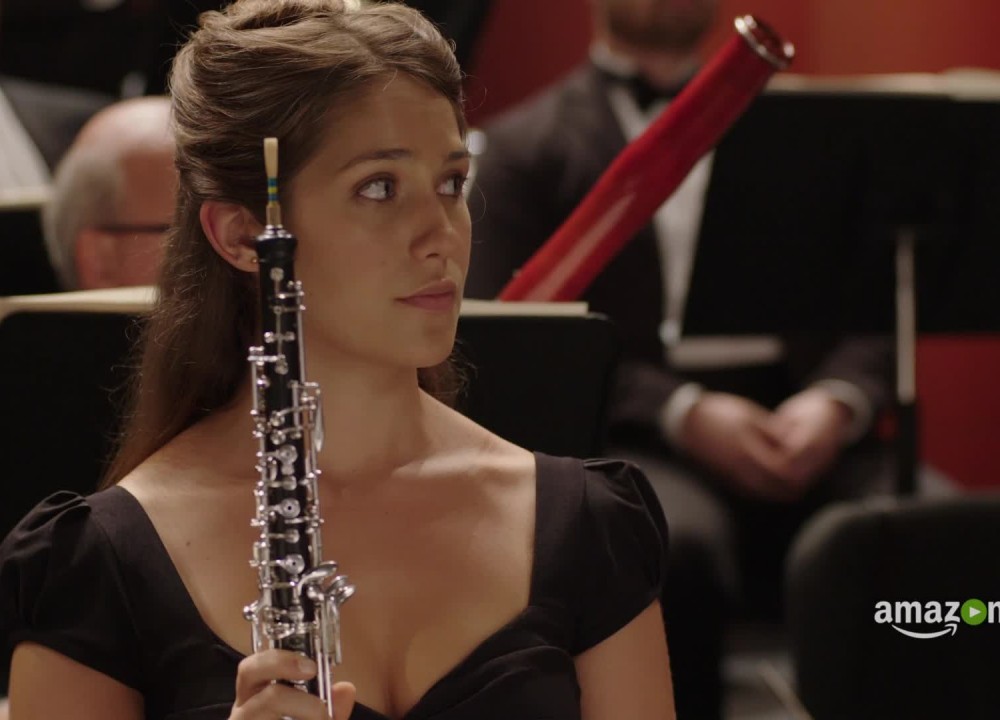 Is oboe cooler now thanks to Mozart in the Jungle? I’m somewhat skeptical.

I don’t know, man. Was there really no opportunity for a young solo violinist to play a miked up melody of Coldplay’s Viva la Vida with Chris Martin, even if “bow-synced” ala Lindsey Stirling? Did Dudamel really not fight for some feature time with the orchestra where they’re not just dancing, but actually, you know, playing something meaningful as a 3 second star attraction? Thinking about the benefit that small tweak could have had for classical music and its perceptions among youth is a much prettier and meaningful visualization.

I guess what I’ve been grappling with is this:

Is our ceiling as 21st century classical musicians only to be an accessory for pop-culture? Do people outside of the arts really bore of them that easily? Or is this negative perception of classical music what a few executives have foisted upon society, since incorporating an orchestra in a meaningful way to projects can be incredibly expensive and time-consuming?

Maybe Dudamel did fight for his YOLA children to have a more bright and significant spotlight, and just lost. Maybe they didn’t have enough style for that.