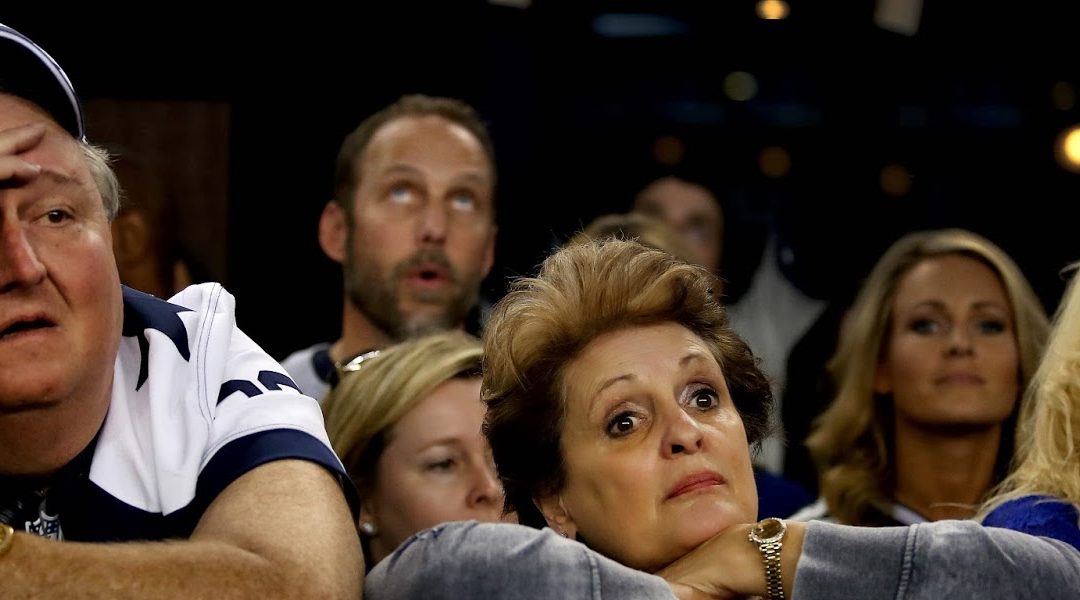 My mouth is dry.

Time’s distorted. My muscles ache, but in a way reminiscent of paralysis more than pain. Even breathing feels out-of-body.

See, I thought we could win this year. I and many other fans hinged hope on the next few playoff games, wondering if this might finally be the year we win the Super Bowl. The Cowboys haven’t been good in years, so it felt like this could be our year.

Watching a game-winning(game-losing?), as-time-is-expiring field goal at the end of a back and forth game where you were never quite sure of victory or defeat is a special kind of pain. Hope itself ignites and extinguishes with a violent frequency, finally culminating in a dull agony that finds refuge in your bones.

The feeling is not unlike, say, the love interest in your life that you irrationally build up as the perfect person for you, but then they don’t call, but then they ask you how your day was, but then they’re distant at a party, but then their hand brushed against yours, and they smiled at you, and they gave you a really warm hug and what’s that?

You just want to be friends?

For some people, my level of interest in sports is surprising. After all, I play clarinet and have two degrees that attest to said clarinet competence,[ref]It’s debatable.[/ref] one of which is from Juilliard, which makes me elitist to some. For some reason, elitist classical musicians are not supposed to like sports, especially football. Somehow, I bucked the trend. For instance, I can tell you who led the NFL in passing yards[ref]Drew Brees.[/ref] and rushing yards[ref]Zeke Elliott.[/ref] this season without hesitation.

But I’m far from alone–many of my fellow musicians were talking on social media about The Game, as was I:

Most people on my Facebook feed are like me: they post benign comments about how intense the game was, or about how happy they are that their team won or how disappointed they were at the loss. You know, human stuff.

But that’s not everybody. Some people see a special opportunity to be shitty.

WHY DON’T I MAKE MILLIONS, TOO?

Let me give you an example. After some football game much like this one that was making the chatter-rounds on Facebook, I saw a post from a classical musician that looked very similar to this:

“just because certain people can throw a ball good they get paid millions of dollars? Why don’t  classical musicians get this same kind of treatment?”

Posts like this are not uncommon in my world. Classical Musicians, a group to which I’m usually proud to associate with, have quick triggers in chastising professional sports, particularly sports fandom. If I had to guess, the criticism is some combination of moral superiority and larger frustration that their passions are not as embraced by the general public. The people that levy this criticism are often my friends and are always my colleagues, so I usually tread carefully.

But the sheer lack of perspective a comment like that requires makes me want to shake them.

No, idiot, athletes get paid because they can throw (and catch) a ball better than 99.9999% of the rest of the human population, and watching these people do that in a high-stakes environment is damn exciting.

Athletes get paid because no matter how long or well they’ve been doing your job, any given year a freak injury or poor performance season can get them forcibly relocated at best and fired from their team at worst. If you happen to be an NFL athlete, you’re out of your job–aka your life’s passion–in 3 years. Athletes get paid because they’re required by their job to speak to the press after every game,[ref]If requested.[/ref] which happens after a great performance if they’re lucky, but a shitty performance if they’re not lucky.

Oh, and did I mention that if you’re an NFL regular rotation player, there’s roughly a 15% chance[ref]This past year there were 271 concussions reported by the NFL. There are 1696 players in the NFL, which actually comes out to 15.9%. Yes, a fair amount of players have repeat concussions, but is that really the point you want to make right now?[/ref] you’ll sustain a hopefully-I-don’t-end-up-with-Parkinson’s concussion per year?

PUT YOURSELF IN THEIR CLEATS

If you’re a musician that feels bitter about your standing in society, I feel you. But try and put yourselves in the shoes of an athlete. According to the NFL Players Association, the average career of an NFL player is 3.3 years. Can you imagine graduating music school and having a 3 year career if you’re like most musicians, a 7-10 year career if you’re in the top 15%, and a 15 year career at most if you’re extremely lucky and talented?

Can you imagine the possibility of a career-threatening injury on every performance?

Can you imagine having your face plastered on the news for taking a vacation before a poor concert showing?

Can you imagine if you were, say, Frank Huang, and people burned jerseys with your name on them for moving your job from Houston to New York? On national television? 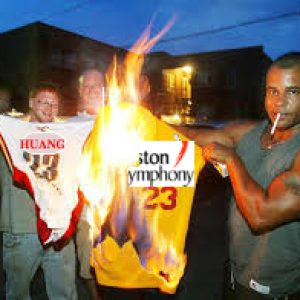 This could be you, Frank.

Look, I’m not stupid. I get that obviously these players do make millions of dollars and enjoy a cultural appreciation–even if fleeting–that classical musicians only can taste when a grossly inaccurate portrayal hits Hollywood. And I’ve written plenty about artists and the lack of due they get in the world, and the bizarre funneling of money to sports stadiums instead of arts education in America. Art is definitely under-appreciated in this country, and that is in fact an understatement.

But the lack of empathy from certain musicians strikes me as bizarre. Athletes and musicians are cut from the same cloth. We put in serious blood, sweat, and tears in high school to get a scholarship to do what we love in college, and we put in 10x more blood, sweat, and tears in college to get a chance to get to do what we love professionally for not only ourselves, but for others to enjoy and find happiness.

Even if we hate to admit it, they’re performers, too. We may not share in the glory, but we share in the process.

DON’T BE THAT GUY

We need to swallow our pride and change our perception for the greater good. I think of it like going to the movies. When I went to see Inception, I attended with a large group of eight people. If you’ve seen the Christopher Nolan film with its huge twist ending, you probably left with a “what just happened?!?!?!?” feeling in your whole body. Maybe your jaw was slack for a while before you felt the drool come out of your mouth and hoped that nobody noticed. And for me and six of us, that was the case.

But one person in our group had a different reaction.

As the rest of us excitedly chattered about the craziness of the film and the emotions we were feeling, the last person voiced, loudly, that he was thoroughly nonplussed, the movie was “totally unrealistic”, and proceeded to air out a long list of holes in the logic of the film. We didn’t all know each other that well, so we kind of just steered the conversation away to something more neutral.[ref]From experience, suggesting Waffle House, when you live in Texas, is a great way to move conversation in a new direction.[/ref]

My point is, you can spend your energy being condescending towards professional sports, just like you can hate on a science fiction movie everybody likes. Hell, maybe there’s some truth to the logic you’re using. But it doesn’t make anyone like you.

What’s more is that in your condescension, you miss out on an opportunity to gain empathy with people that possess a wildly intense devotion to something you don’t understand. You miss out on opportunities to ask why fans will pay hundreds of dollars to sit hundreds of feet above a football field for a team that isn’t even very good, but can’t be bothered to shell out $30 for a New York Philharmonic ticket. You miss out on opportunities to ask why football completely innovated sports television with a halftime, pre-game, and post-game show, while classical music allowed itself to fade off the airwaves into obscurity. You don’t stop to ask yourself why sports has ESPN.com and all we have is f—– slippedisc.

Bottom line: When you focus your energy on disdaining things people actually appreciate, you have no energy left to improve the things you appreciate.

But hey, maybe you’re still unconvinced. Maybe you, the musician, still will mock the fans with painted faces, roll your eyes at the people in sports bars that yell about things that seem nonsensical, and thumb your nose at the passionate online debates about who deserves the MVP award. You’re well within your rights to do so. Hell, maybe there’s some truth to the logic you’re using.

But my god, you miss out on a hell of a lot.